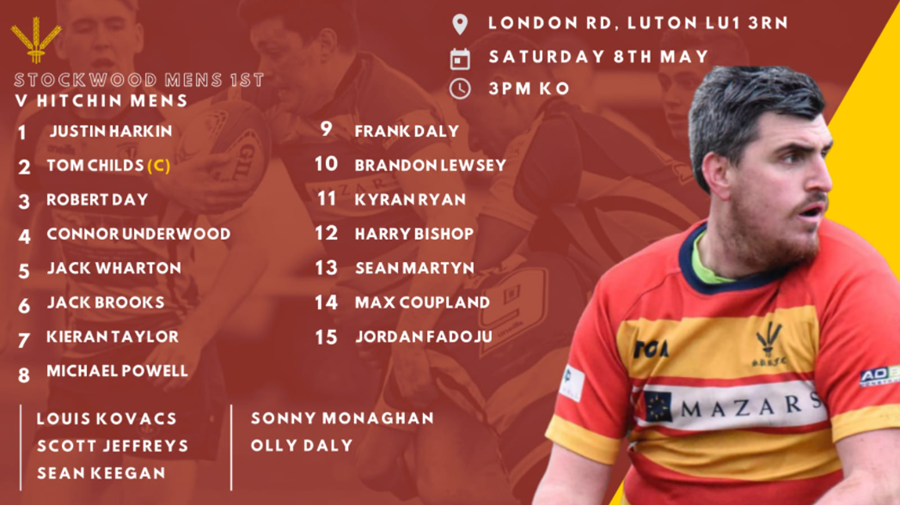 Here is your Stockwood Park 1st Team to face Luton Rugby Club in the Semi Final of the Corona Cup.

A couple of changes from last weeks quarter final win over Hitchin. Angus Buckman misses out due to injury, which brings Harry Bishop into 12 from an impressive display at 15 last weekend. Kyran Ryan makes his first appearance of the season coming onto the wing. On the bench Sean Keegan also makes his first appearance for the Park this season while after impressive performances in training and in the 2nd team last week Olly Daly is called up to the first team.