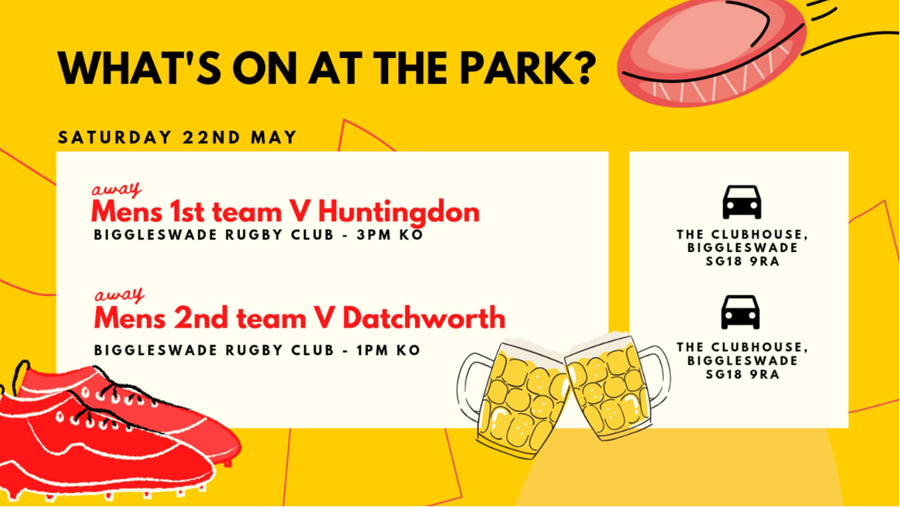 After 2 impressive Wins last weekend its finals rugby for both the first and second teams.
The first team beat local rivals Luton Rugby Club 26-17. While our second team beat Royston 103-5.

Both finals are being held at Biggleswade Rugby Club.

Saturday will also be the last time second team captain Iain McGregor will lead the 2nd team. If you can, it would be great to see a lot of Red and Yellow cheering on the boys.

The bar will be open back at the park and fingers crossed we can have something to celebrate to.
Tweet
Tweets by @StockwoodPark